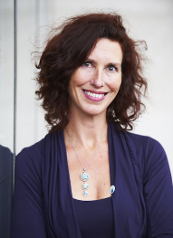 Génon K. Jensen is the Founder and Executive Director of the Health and Environment Alliance (HEAL). Ms. Jensen has been an official member of the World Health Organization’s European Environment and Health processrepresenting the health sector since 2000, and serves on the WHO European Region’s Health in Climate technical committee. She is also on the Steering Committee of the International POPs Elimination Network (IPEN),, and serves as the coordinator for the working group on climate of the US Collaborative on Health and the Environment (CHE). She received the 2014  Clean Air in Cities Award for her valuable personal contribution to improving air quality in London and elsewhere.

Genon K. Jensen is a co-author of several publications and reports, including “Halting the child brain drain: why we need to tackle global mercury contamination” (2006), “Acting NOW for better health: A 30% reduction target for EU climate policy” (2010), “The Unpaid Health Bill: How coal power plants make us sick” (2013), and “Health costs in the EU – How much is related to EDCs?” (2014), and ‘Policy recommendations and cost implications for a more sustainable framework for European human biomonitoring surveys’ (2015) In advance of the COP21 Paris talks, Ms. Jensen contributed a Letter to the Editor entitled  ”How to deliver the most important public health treaty of the century”, in the Annals of Global Health, Volume 81, Number 3, Climate Change, Global Health and Human Rights, both scheduled to appear in November 2015.

Before setting up HEAL, she was the Director of the European Public Health Alliance. She has a degree in journalism and international politics from George Washington University in Washington, DC and an MA in European Administrative Studies from the College of Europe, Belgium.

“INHERIT is a great project that aims at presenting innovative and real-life solutions that could revolutionise our lifestyles, resulting in increased environmental sustainability, better wellbeing and health equity for Europeans. As part of its Advisory Board, I will provide HEAL’s perspective and previous experience of working with a wide variety of actors to make these changes happening at the local, national and EU levels. Our visions is a healthy planet for healthy people and I hope INHERIT brings us one step closer”